Means of Deliverance Review by Exclaim

At age 57, and with a career that includes over 700 recordings in genres ranging from hip-hop to world to funk to metal and production and recording credits with the likes of Herbie Hancock, Material, Motörhead and, well, you can look up the rest, you might forgive producer, remixologist and bassist Bill Laswell for resting on his laurels. If his first acoustic solo bass recording (exclusively featuring his Warwick Alien fretless four-string bass) is a return to his musical roots, it also sounds unlike anything he’s recorded before. The debut production by wife Gigi Shibabaw showcases an intimate portrait of Laswell as a bass player and first and foremost, Means of Deliverance sounds like a love letter to the instrument. But this isn’t a wank-fest, since each of the ten pieces has its unique sensibility. The folksy Americana warmth of opener “Against the Upper House” celebrates Laswell’s childhood in Kentucky with a melancholic yet supple performance. The buoyant glide of “Lightning in the South” is coloured with an earthy blues tone, while “Bagana/Sub Figura X” incorporates an Ethiopian string sample and Shibabaw’s otherworldly vocals into a meditative, almost hymnal groove. It takes a few concentrated listens to sink in, but Means of Deliverance is an engaging and rewarding listen for those so inclined.

by Matt Bauer for Exclaim 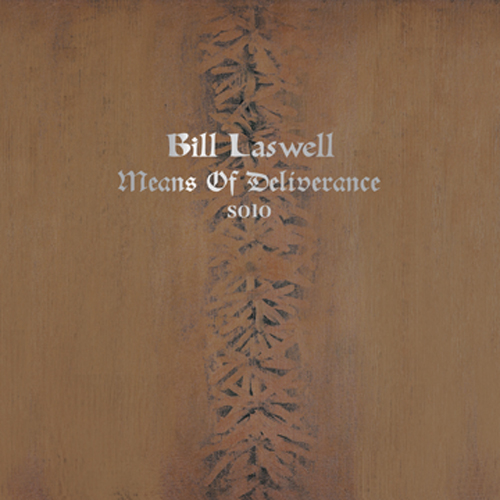 AVAILABLE ON WWW.INNERHYTHMIC.COM, ITUNES, AMAZON, EMUSIC, AND IN STORES

Innerhythmic Records, founded by musician and producer Bill Laswell, presents a milestone release, a rare return to the roots. In keeping with his distinguished career, Laswell decided to go solo and acoustic. Means of Deliverance showcases original solo pieces on an innovatively designed instrument, the Warwick Alien fretless four-string acoustic bass guitar. This work adds to an acclaimed catalog of forward-thinking projects and puts Laswell in touch with his foundational instrument.

Over the course of his illustrious career, visionary bassist-producer Bill Laswell has been one of the most prolific and restlessly creative forces in contemporary music. A sound conceptualist who has always been a step ahead of the curve, he has put his inimitable production stamp on a stunning range of important recordings by such stars as Mick Jagger, Iggy Pop, Public Image Ltd, Laurie Anderson, Brian Eno, Bootsy Collins, Motorhead, Sting, Carlos Santana, just to name a few. Probably most notable was Herbie Hancock, who co-wrote with Laswell the pivotal 1983 worldwide smash-hit single “Rock-It,” which introduced scratching to the mainstream, inspired a generation of turntablists and gave the great jazz pianist instant street credibility among the burgeoning hip-hop cognoscenti. Laswell’s sense of creative daring as a producer is further demonstrated on several recordings that have kept him on the cutting edge for over three decades, including Afrika Bambaataa’s collaboration with punk-rocker John Lydon (aka Johnny Rotten of Sex Pistols fame) on World Destruction and PiL’s Album (which brought together an unlikely crew of Sex Pistols’ frontman Lydon with drumming greats Ginger Baker and Tony Williams, synth-pop pioneer Riyuichi Sakamoto of Yellow Magic Orchestra fame and rising guitar star Steve Vai). His spoken word collaborations with beat poet William S. Burroughs and expatriate poet-composer Paul Bowles have gone against the grain of music industry trends while his radical remixes (or re-imaginations) of landmark recordings by Miles Davis (Panthalassa), Carlos Santana (Divine Light: Reconstruction & Mix Translation) and Bob Marley (Dreams of Freedom) have further defined Laswell’s audacious m.o. as a producer.

Pieces like the Delta blues-infused “Low Country” and the melancholy but moving “Against the Upper House” exude profound feelings of Laswell’s rural Midwestern upbringing while his sentir-sounding bass playing on “Buhala” and “Epiphaneia” reflect his more recent interest in Moroccan, Malian and Ethiopian musics. On the buoyant “A Dangerous Road,” Laswell utilizes an Ebow to create a tamboura-like drone underneath his melodic motifs while he incorporates a sample of an Ethiopian stringed instrument on “Bagana/Sub Figura X.” Elsewhere, the adventurous bassist and improviser makes almost subliminal use of slide while also exploring bell-like harmonics on the bubbling, slowly insinuating “Ouroboros” and the mesmerizing “In Falling Light,” affects resounding upright bass tones on the sparsely appointed “Aeon” and strikes a surging vibe with muted strumming on the low-end groover, “Lightning in the South.”

“I found it to be kind of a folk sound, a country sound, a blues sound,” says Laswell of the richly resonant Warwick acoustic bass guitar heard throughout Means of Deliverance. “And I heard it that way. I didn’t see it as a virtuoso technical thing. I approached it more like Muddy Waters’ Folk Singeralbum or some Delta blues recordings by Son House. Those things, to me, are more relevant than fusion recordings or jazz recordings. It’s just simple music, simple statements and that’s the concept here. It’s meant to be minimal and simple, like a childrens song. It’s not meant to be thematic, it’s more like something you can easily relate to.”

Means of Deliverance Review by eMusic

Cerebral and solemn, yet oddly invigorating

It’s hard to imagine any musician holding a listener’s attention with an album comprised exclusively of acoustic bass solos, but veteran producer, remixologist and bassist Bill Laswell pulls off the trick nicely on Means of Deliverance. Laswell’s career has been a journey of bold steps, from his innovative ’80s dub/noise band Material to left-stream production duties with Iggy Pop, Laurie Anderson, Brian Eno, Bootsy Collins and Motorhead, to collaborations with William S. Burroughs and remixes of Miles Davis (Panthalassa), and Bob Marley (Dreams of Freedom). Laswell has followed a singular approach to fulfillment, his own music often cerebral and solemn, yet oddly invigorating.

Such is the nature of Means of Deliverance, with Laswell filling the album’s 10 bass solos with rhythmic, rolling melodies that recall Chinese folk songs, Native American chants, North African spirituals, the rambling rhythms of the Deep South, and all manner of blues, jazz, and even a touch of Jaco Pastorious. But at the center of Laswell’s music — from the harmonics bellowing “In Failing Light,” to the Sun Records pulse of “Lightning in the South” (which recalls Canned Heat’s “On The Road Again”) to the voodoo-calling closer, “Low Country” — is an undeniable sense of stillness that is both calming and eerily sad.

by Ken Micallef for eMusic