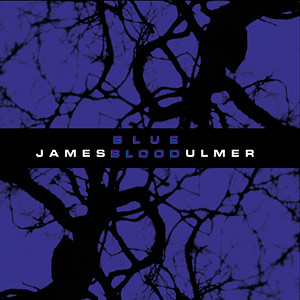 Pull On Up to Love

We Got to Get Together

James Blood Ulmer was born in South Carolina in 1942, and at the age of four his father introduced him to the guitar. Gospel music was his first musical experience and the root of his musical endeavors. After performing seven years with The Southern Sons, James moved to Pittsburgh where he continued to perform with various groups. Five years later, he moved to Columbus, Ohio joining the organist Hank Marr, thus marking his first break from gospel, rhythm & blues to jazz.

Jazz became more and more of James’ passion, as he was constantly absorbing the music of both modernists and traditionalists: John Coltrane, Miles Davis, Art Tatum, and Wes Montgomery. In 1967, he moved to then rhythm and blues capital, Detroit, where he recorded with Big John Patton on the Blue Note label and began concentrating on his own music.

In 1971, James moved to New York, where he worked with a variety of jazz artists: Rashied Ali, Larry Young, Joe Henderson, Art Blakey, Paul Bley and Arthur Blythe, to name a few. He began creating a name for himself in music, and his turning point occurred when he began working with Ornette Coleman. Inspired by Coleman’s harmolodic theory he joined Coleman’s group in 1973, which featured the amazing line up of Don Cherry, Dewey Redman, Charlie Haden, and Billy Higgins. In 1978, Coleman produced and played on James’ solo recording debut, Tales of Captain Black, the record that prompted Chip Stern to write in Musician Magazine, “He stands alone as having taken the guitar to a new threshold of expression.”

By the early 1980’s, James established himself with audiences and critics alike as an innovative and exciting guitarist/composer. He created the platform for other guitarists to perform on a fresh and innovative level, in schools which were predominantly held traditionally by saxophonists whose mentors were Coltrane, and Coleman. During this time, he led bands that recorded several albums with major labels, Columbia and Polygram, and would perform his music worldwide.

What distinguishes James, is his ability to perform innovative and improvisational music which is accessible. This attributes to his Southern upbringing, and it is with this Southern Rooted sensibility that we have Blue Blood, his Innerhythmic debut. The new imprint of Innerhythmic is dedicated to extending musical boundaries. James Blood Ulmer’s Blue Blood is truly characteristic of these ideals. Along with producer Bill Laswell, they organized a stellar crew of rhythmic collaborators in P-Funk warriors Bernie Worrell and Jerome “Bigfoot” Brailey, and gospel organist, Amina Claudine Myers. Blue Blood was carefully constructed to deliver a sound that is clearly focused in the blues tradition, yet does not ignore the progressive sounds of rhythm & blues and hip-hop of today.

James Blood Ulmer has developed an art which is virtuosic and experimental in the great tradition of jazz, yet it retains the emotional authenticity of rock and blues. His very unique sound continues to challenge fans of jazz and avant-garde improvisation while never disappointing fans of rock and funk.