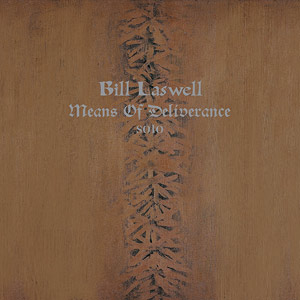 Against The Upper House

Lighting In The South

Over the course of his illustrious career, visionary bassist-producer Bill Laswell has been one of the most prolific and restlessly creative forces in contemporary music. A sound conceptualist who has always been a step ahead of the curve, he has put his inimitable production stamp on a stunning range of important recordings by such stars as Mick Jagger, Iggy Pop, Public Image Ltd, Laurie Anderson, Brian Eno, Bootsy Collins, Motorhead, Sting, Carlos Santana, just to name a few. Probably most notable was Herbie Hancock, who co-wrote with Laswell the pivotal 1983 worldwide smash-hit single “Rock-It,” which introduced scratching to the mainstream, inspired a generation of turntablists and gave the great jazz pianist instant street credibility among the burgeoning hip-hop cognoscenti.

Laswell’s sense of creative daring as a producer is further demonstrated on several recordings that have kept him on the cutting edge for over three decades, including Afrika Bambaataa’s collaboration with punk-rocker John Lydon (aka Johnny Rotten of Sex Pistols fame) on World Destruction and PiL’s Album (which brought together an unlikely crew of Sex Pistols’ frontman Lydon with drumming greats Ginger Baker and Tony Williams, synth-pop pioneer Riyuichi Sakamoto of Yellow Magic Orchestra fame and rising guitar star Steve Vai). His spoken word collaborations with beat poet William S. Burroughs and expatriate poet-composer Paul Bowles have gone against the grain of music industry trends while his radical remixes (or re-imaginations) of landmark recordings by Miles Davis (Panthalassa), Carlos Santana (Divine Light: Reconstruction & Mix Translation) and Bob Marley (Dreams of Freedom) have further defined Laswell’s audacious m.o. as a producer.

Pieces like the Delta blues-infused “Low Country” and the melancholy but moving “Against the Upper House” exude profound feelings of Laswell’s rural Midwestern upbringing while his sentir-sounding bass playing on “Buhala” and “Epiphinea” reflect his more recent interest in Moroccan, Malian and Ethiopian musics. On the buoyant “A Dangerous Road,” Laswell utilizes an Ebow to create a tamboura-like drone underneath his melodic motifs while he incorporates a sample of an Ethiopian stringed instrument on “Bagana/Sub Figura X.” Elsewhere, the adventurous bassist and improviser makes almost subliminal use of slide while also exploring bell-like harmonics on the bubbling, slowly insinuating “Ouroboros” and the mesmerizing “In Failing Light,” affects resounding upright bass tones on the sparsely appointed “Aeon” and strikes a surging vibe with muted strumming on the low-end groover, “Lightning in the South.”

“I found it to be kind of a folk sound, a country sound, a blues sound,” says Laswell of the richly resonant Warwick acoustic bass guitar heard throughout Means of Deliverance. “And I heard it that way. I didn’t see it as a virtuoso technical thing. I approached it more like Muddy Waters’ Folk Singer album or some Delta blues recordings by Son House. Those things, to me, are more relevant than fusion recordings or jazz recordings. It’s just simple music, simple statements and that’s the concept here. It’s meant to be minimal and simple, like a childrens song. It’s not meant to be thematic, it’s more like something you can easily relate to.”